Peace Through Play is a student-run organization founded and based at Northeastern University. We create opportunities for mutual empowerment of college students and youth through utilization of educational games, crafts, and other learning mediums as an interactive teaching method that emphasizes leadership skill building, social emotional learning, and self identity awareness.

“We create opportunities for mutual empowerment of college students and youth through utilization of educational games, crafts, and other learning mediums as an interactive teaching method that emphasizes leadership skill building, social emotional learning, and self identity awareness.”

In addition to our youth programming, Peace Through Play makes a conscious and active effort to educate our volunteers on asset based community development and respectful and appropriate ways to interact with our surrounding communities. We want to be a part of a world more just and equitable, striving to be attentive learners together in this effort. 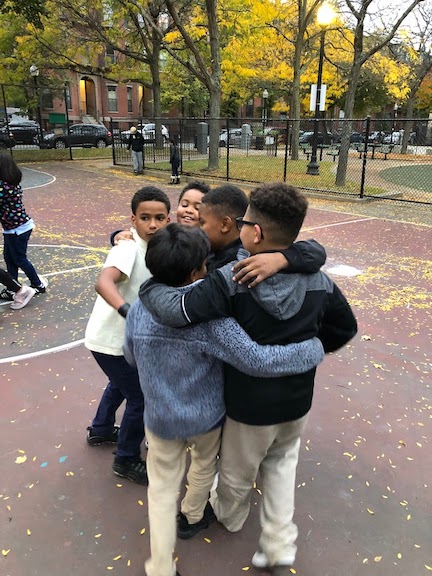 Since 2018, Peace Through Play has been partnered with the Human Services Program at Northeastern University. Our faculty adviser, Dr. Emily Mann’s “Science of Play” Honors Seminar students collaborated with our executive board to develop supplement materials for our organization that promote the power of play in child development.

Since then, more students from various Service Learning courses (“Social Change & Human Services”, “Education in the Community”, etc.) have joined our programming teams to bring academically enriched methods to our classrooms

Peace Through Play found its roots in the early 1990s when Harvard freshman Eric Dawson became involved in an annual one-day children's festival. He transformed this festival into a year-long curriculum which eventually became the non-profit called Peace Games. In 2006, Peace Games came to Northeastern under the name Social Change Through Peace Games after university student Alex Alvanos completed a co-op with the organization.

In 2009, Peace Games evolved into PeaceFirst and transitioned its volunteer base to full-time Americorps members. Northeastern's chapter wanted to continue to give full-time university students to volunteer in our surrounding communities, so in 2010, we became the independent nonprofit organization called Peace Through Play.

The original goal of Peace Games was to eliminate and minimize violence in Boston's youth. Since then, Peace Through Play has grown into an organization that empowers Boston's youth through a variety of educational games, crafts, and community service projects to allow students to learn leadership skills, social and emotional skills, and self-identity awareness. 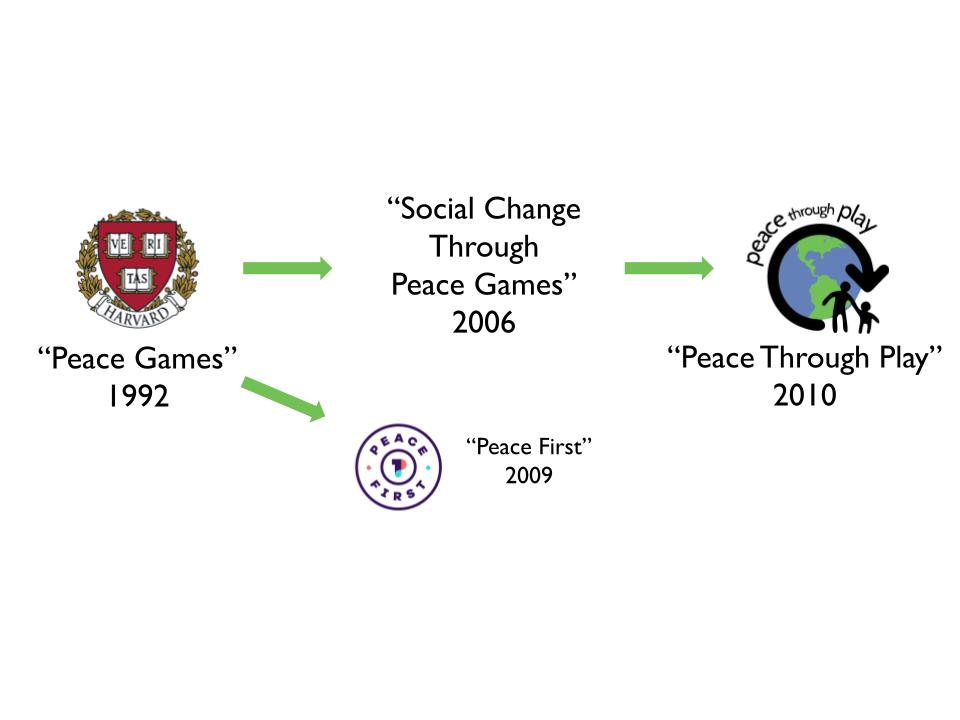 Find out how we empower students of all ages through play.  Our Approach